You are one Click Away From Your New Home 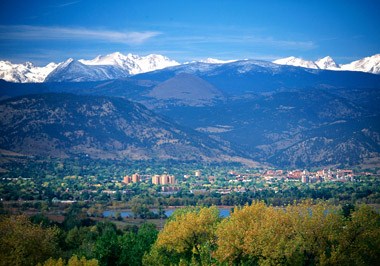 Please contact us for your next mortgage, whether you need today’s rates, or someone to help with your FHA or VA mortgage, call us and we’ll explain your options.

Arvada, Colorado named after Hiram Arvada Hoskin (or Haskin), brother-in-law of settler Mary Wadsworth. Back in the 1850’s when gold was discovered in the area; a wagon train of prospectors bound for California, crossed the Platte River just north of the confluence with Clear Creek, and followed Clear Creek west for six miles. One day Lewis Ralston dipped his gold pan in an unnamed mountain stream and found almost $5 worth of gold in his first pan. The stream was later named Ralston Creek in his honor. This was the first gold discovery in Colorado, and one of the most significant events in Colorado history.

Panning for gold in the Arvada area was difficult and many prospectors learned that growing crops and selling them to the miners made them a very good living. The area near Ralston’s original gold strike was filled with fertile soil and could be easily irrigated. Soon after a small farming community sprang up along a ridge between Ralston and Clear Creeks and became known as Ralston Point. Settlers planted crops that could survive such as wheat, corn, oats, plums, celery, cherries, berries, melons, strawberries, and vegetables. At one time, Arvada was known as the Celery Capitol of the World.

On December 1, 1870, soon after the construction of a railroad near the settlement, and six years before Colorado would achieve statehood, legal notice was posted for the new Town of Arvada. Benjamin F. Wadsworth and Louis A. Reno filed a town plat. Wadsworth’s wife, Mary, named the new town in honor of her brother-in-law, Hiram Arvada Haskin.

Trains of the Colorado Central Railroad passed through the Arvada village twice a day. By 1872, passengers could board the train on Monday, Wednesday and Friday to travel east to Denver or west into the mountains as far as Black Hawk.

On August 24, 1904 the Town of Arvada was officially incorporated. Grandview Avenue – known then as Railroad Street- became a thriving business area. There was a livery stable, a feed store, a blacksmith, a threshing operation, a tannery, a shoemaker, a dry goods store, a cigar store, a grocery store, and a lumber yard. In 1906 Arvada’s economy surged when a brickyard employing more than 40 men opened on Carr Hill just north of the railroad tracks. The first newspaper, “The Arvada Enterprise”, published its first edition on July 3, 1908.

Arvada is a city located in northern Jefferson County and is a suburb west of Denver, Colorado. The city of Arvada covers 22,570.51 acres and offers approximately 1,634 acres of available land for commercial and industrial development. The estimated 2006 population of the city of Arvada is 104,830 and is the eighth most populous city in the state of Colorado and the 241 st most populous city in the United States.

The City of Arvada was ranked No. 9 in the 2002 Digital Cities Survey, for cities of 75,000-125,000 people. The survey, released by the Center for Digital Government, measured cities’ progress in adopting digital technologies.

If you are considering moving to Arvada, Colorado and looking for a mortgage on home in Arvada Colorado, contact Stone Creek Mortgage. We are a direct mortgage lender and lender who believes in helping people! For over 14 years we are your one stop solution for loans and homes in Arvada. Even if you are unable to obtain good credit financing on a home or commercial property in Arvada, Englewood can find the right financing for you. FHA or VA loans are not a problem. He has funded loans within a week and finds you the right and fairest solution for your home mortgage loan. Fix and Flip Loans and Construction loans, Englewood, Arvada.

The Arvada Center for the Arts and Humanities located at 6901 Wadsworth Blvd. , Arvada, CO 80003 , phone number 720 898 7330 provides diverse, year-round programming that includes theater, concerts, art exhibitions, and arts and humanities classes for all ages. Its banquet facility offers over 9,300 square feet of flexible space for corporate and social gatherings.

Majestic View Nature Center and Community Park located at 7030 Garrison Street, phone number 720 898 7405. With over 80 acres land including a lake and wetland areas, an interpretive trail, prairie grasses and an assortment of wildlife, people of all ages can enjoy visiting this Nature Center. The center offers a variety of environmental programs for the general publlic, school groups, pre-schools, scouts and other special interest groups. From science camps to bird walks to discovering rainforest wildlife, the topics are always fascinating and educational.

West Woods Golf Club located at 6655 Quaker Street, phone 720 898 7370, is Arvada’s championship 27-hole public golf course. Owned by the City of Arvada and located on the northwest side of the Denver metro area, the golf course offers three distinctly different nines. The Sleeping Indian nine tenders views of the famous Sleeping Indian rock formation. The Cottonwood nine has many trees, streams and lakes. The Silo nine was named after the old grain silo that was left on the twenty-third hole. You’ll enjoy the panoramic mountain views and skyline of Denver while golfing.

Lake Arbor Golf Club located at 8600 Wadsworth Blvd , phone 720 898 7360, is another fine public golf course in Arvada, Colorado. This golf course has always been noted for well-kept putting surfaces. Even though it is a short par 70 course, trouble lurks on every hole. Lake Arbor is known as one of Denver’s quickest paced golf courses with rounds frequently played in less than four hours.

Indian Tree Golf Course located at 7555 Wadsworth Blvd , phone 303 463 4277, right in the heart of Arvada, is owned and operated by North Jeffco Park and Recreation District. You’ll enjoy viewing the pristine scenery of the Rocky Mountains while playing golf.

Arvada has the most extraordinary parks and trails that link downtown Denver to the foothills. The City of Arvada maintains trails that offer easy access to mountain recreation and other activities. With 90 developed parks consisting of over 600 acres and 60 miles of developed trail systems there is an abundance of outdoor activies for everyone. Many of these parks are typical neighborhood parks, but there are also regional parks for soccer, softball, a skateboard park and a dog park. In addition, Arvada has 52 undeveloped parks consisting of almost 3,000 acres and 20 miles of undeveloped trails. The park system is funded by Jefferson County property taxes and Funding from the City of Arvada.

Standley Lake Regional Park South is a manmade reservoir located in the northwestern section of Arvada, Colorado. You’ll enjoy this lovely 3,000 acre grassland that offers sweeping views of the Flatirons and Longs Peak mountain ranges to the northwest. Standley Lake is preserved as a natural prairie for 2 miles on the north and south lakeshores but has no boating or marinas. No swimming is allowed at the reservoir because it’s a water source for the cities of Westminster, Northglenn and Thornton. However, you can fish the stocked lake for trout, bass, catfish and perch either offshore or on a boat. Two gazebo-like structures with picnic tables are located on the upper trail and offer panoramic views.

Red Rocks Community College located at 5420 Miller Street, Arvada, CO, phone 303 914 6010. The Red Rocks Community College campus is located just northwest of the intersection of I-70 and Kipling. The college offers state-of-the-art “smart” classrooms and a variety of courses from Anthropology to Speech along with general education core courses and basic-skills courses in math and English.

Arvada, Colorado is a quiet suburb of Denver with service businesses throughout the city. Most residents commute to the surrounding areas to work for top employers throughout the Front Range.

The City of Arvada is one of the top employers in the city along with the Police and Fire Departments.

Water bills are paid directly to the city of Arvada http://arvada.org/

Regulated by the Department of Real Estate NMLS ID# 1504756